One person. One company. One country. None of that is enough to save our oceans. To create true change, we need action from everyone, everywhere.

Run For The Oceans is one way we’re making this happen.

JOIN THE RUN FOR THE OCEANS STRAVA CHALLENGE

Marine plastic pollution is one of humanity’s biggest threats. So, let’s lace up and join forces.

For every kilometre you run between May 28 and June 8, adidas and Parley will clean up the equivalent weight of 10 plastic bottles, up to 500,000 pounds from beaches and islands.

WHAT IS ADIDAS & PARLEY RUN FOR THE OCEANS?

Run for the Oceans is a global movement that harnesses the power of sport to raise awareness of the threat of marine plastic pollution and inspire positive action against it. adidas and Parley have been working together since 2015.

Run for the Oceans was launched by adidas in collaboration with Parley in 2017. To raise awareness for the threat of marine plastic pollution, adidas and Parley united their communities of runners, influencers, athletes, ocean ambassadors and artists to take part in a global digital run via the adidas Running app, as well as a physical run in New York City.

The initiative was set up to harness the power of sport as a catalyst to inspire positive action, but this was only the start of a bigger movement. In 2021, RFTO is returning, again with the aim of addressing the devastating levels of marine plastic pollution facing our oceans. By banking kilometres in the adidas Running app RFTO challenge, runners can help to fund beach cleanups led by the Parley Global Cleanup Network that reduce the plastic pollution threat to marine life.

WHY RUN FOR THE OCEANS?

Every second breath we take is generated by the oceans. The oceans give us life, in return we give them plastic. Every minute, the equivalent of a dump truck of plastic waste enters the oceans. Plastic can be found everywhere – on the highest mountains, deepest tranches and in our own body Unless we change course, there will be more plastic waste in the oceans than fish by 2050. Marine plastic pollution is one of the biggest fights that we are facing. It’s time to take ownership of the issue and responsibility for the solution.

We believe that through sport, we have the power to change lives.

Through RFTO, we harness the power of sport to increase awareness for the threat of marine plastic waste and inspire positive action against it.

One more action you can take. Step by step to be part of the solution. 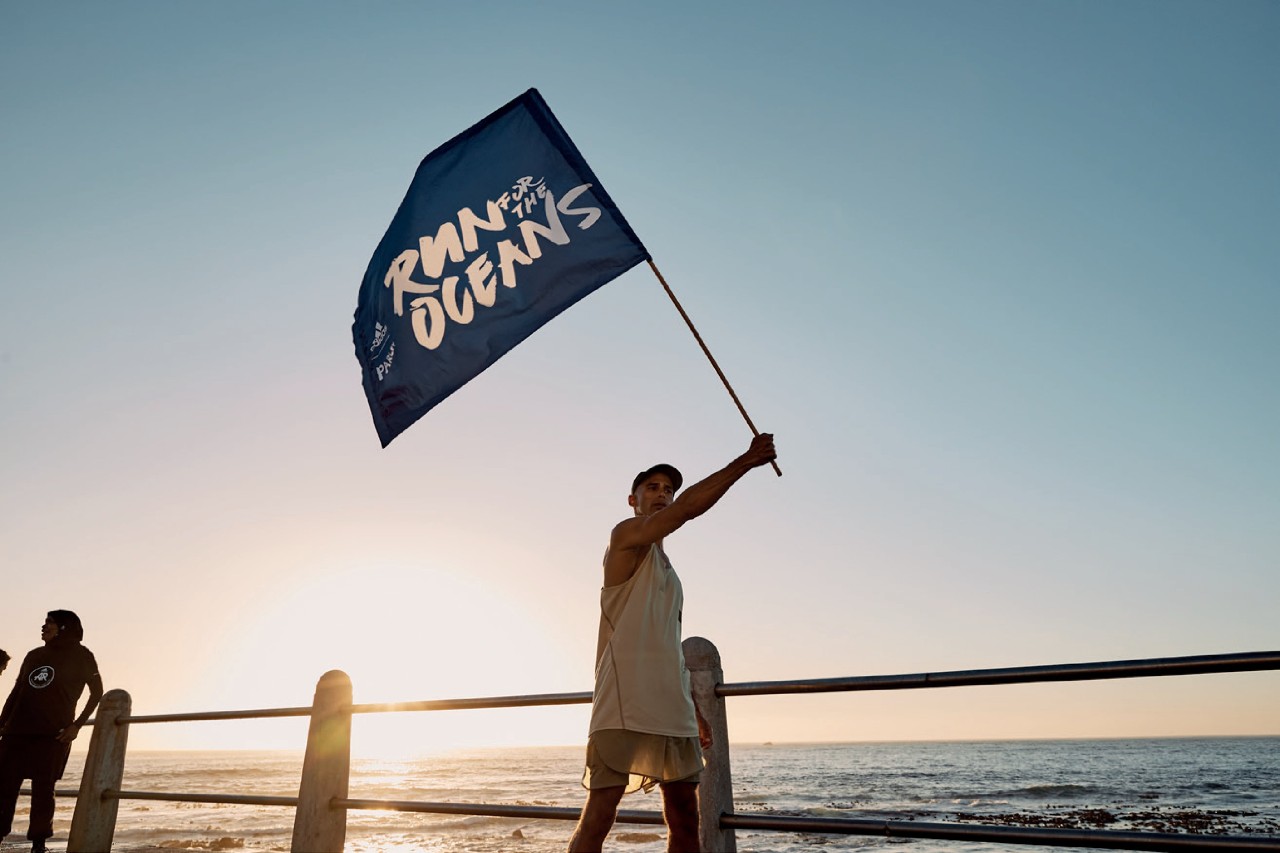 WHO WILL BE COLLECTING THE PLASTIC WASTE?

The plastic is being collected by Parley Volunteers under the lead of a local Parley Core Team. To volunteer and receive updates, please sign up at http://bit.ly/volunteer_parley

WHAT TYPE OF PLASTIC WASTE IS GOING TO BE COLLECTED?

The usual items that are found on our beaches include all sorts of single-use plastic, such as bottles, bags, straws, cups and cutlery. It is very common to also find all sorts of waste, including plastic cotton bud sticks, cigarette butts and cans.

WHAT HAPPENS TO THE PLASTIC WASTE THAT HAS BEEN COLLECTED?

The plastic will be sorted, cleaned and recycled wherever possible.

WILL THE COLLECTED PLASTIC BE USED TO MAKE NEW ADIDAS x PARLEY AND PRIMEBLUE PRODUCTS?

It is not a given that plastic waste collected through organized beach cleanups by Parley is ending up in our products*. adidas x Parley and Primeblue products are made using Parley Ocean Plastic (upcycled plastic waste, intercepted on remote islands, beaches, coastal communities and shorelines), preventing plastic from polluting our oceans. While the Parley Global Clean Up Network is active in 30 countries and counting, currently, the main source for adidas x Parley products are materials collected in the regions of the Maldives and Philippines. The funds raised through Run Tor The Oceans will nevertheless support all ongoing Parley country operations.

As we continue to address our overall carbon footprint, we’re shifting to using 100% recycled polyester in our products by 2024. This is bigger than sports, this is for our future.

Click here to find out more about adidas and their sustainability promise.

The World’s Most Popular Sports Stars