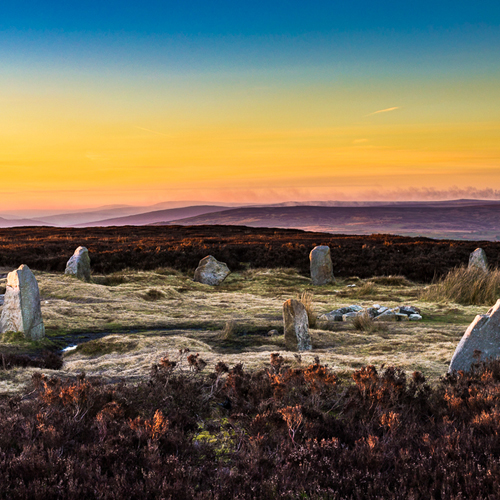 It’s not even a trail. More of a trod: a way marked mostly by sheep feet probably, or perhaps adventurous humans. And it’s not singular either, because my inspirational trails and trods abound on Rombalds Moor in Yorkshire. The moor is not a glamorous mountain: return from Scotland or the Lakes or Alps and it will seem low and unimposing. But I love it. It is my local wild land, being only a 20-minute drive up the A65 from Leeds. It is what I dream of when I am stuck on a deadline, my head filled with book writing, my panic levels so high that they won’t allow a few hours off. The moor becomes my promise to myself. And when the deadline is completed or the book is done, my reward is to drive north to the small town of Burley-in-Wharfedale, and to park at the foot of the moor, go through a kissing gate which serves as a lost property deposit, so it is often topped with toys or hats. Here is where I was offered lamb chops as a fuel source during the 23-mile Rombalds Stride race that I do every year. When I told them I was vegetarian I was offered a nut roast instead. Anyway, onwards and up the hill, up and up. Sometimes I can run all of it, sometimes I can’t and sometimes I won’t. I’m heading for the tarn, then up more hill to the shooting hut. The whole moor is named for a giant named Rombald, but parts have more familiar names: this trail will take me over Burley, Baildon and Ilkley moors. 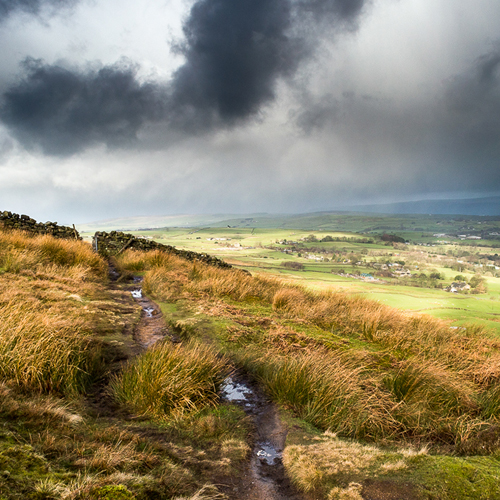 The moor rises up in a couple of terraces like shelves, and the hut sits on the top terrace. It is never open. Shooting is banned on these moors now, and I’m glad about that. Now the grouse are bothered only by runners like me who accidentally disturb them so they take off in shrieking dudgeon. Past the hut, there is a narrow trod that leads across the moor to Horncliffe Well, marked by the sound of water and a carved stone. Through a stile and I’m on Bradford Millennium Way, a grand name for a narrow path that leads after half a mile or so to a gate and to Baildon Moor. On a clear day, I stop and look because there is no point running in such a beautiful place without doing that. It is the only downside of running on tricky trails and trods, that you must look at your feet and not the view. I take small steps to get across this boggy land, because bigger strides are more tiring, then reach a decent track that is the A1 of Ilkley Moor because it leads up from White Wells – a small café that flies random flags (I like the Greek one) and has a welcome outside toilet – up to the Twelve Apostles, a big name for a stubby set of standing stones. Stubby, but somehow magnificent. One day, I’m going to run up here at night on my own. Women aren’t supposed to do that, but in the dark with a head torch, my sex won’t be obvious. And at that time of night, I know I’ll be less spooked by gangsters than by ghosts. But that is for another time. For now, I carry on, turning at Lanshaw Lad, a boundary stone, and moving north on flagstones until the trig point, then downhill. 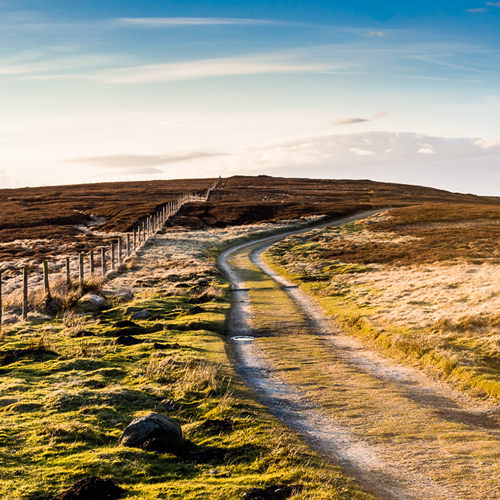 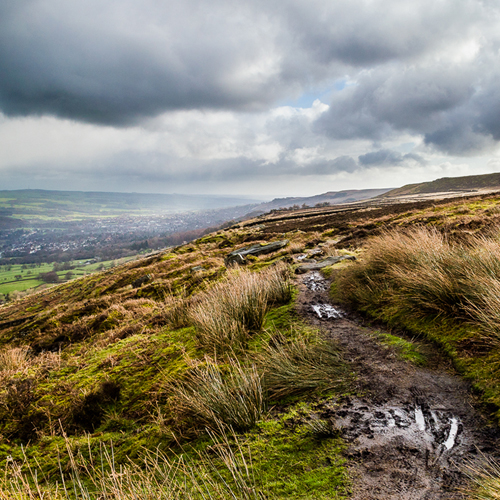 My favourite: a runnable descent where I can unleash. I cannot think about work or stress when I’m too busy pelting downhill as fast as I can. It is joyful, and joy is such a rare feeling in modern busy times. Here is the Badger Stone, one of dozens of cup and ring-marked rocks on the moor. It is not named for an animal but for the grain merchants who used to cross the moor, and who were called badgers. Some people think moors are bleak and empty, but creatures make their home here, and humans have used them for thousands of years, and left their marks. There are signs of life past and present and I never mistake the quiet for silence: I love the calls of the pipits and the grouse and the curlews, or the quick snuffling of mice and rabbits. Now I get to Keighley Road and this is my sign to turn back, though I could go on to the forest. There are several miles on the return route along the middle shelf of the moor, through Rocky Valley and over becks and through cloughs. All these tracks throw up memories: there is the wall where I fell by bashing by foot on a rock hidden by snow. Apparently I did a commando roll, and my toe was sore for six months. There is the beck where on Rombalds Stride you turn up through bracken to find Pancake Rock, though the bracken doesn’t yield a path and the rock doesn’t much look like a pancake. And now here I am on the final track back to Burley, which I have run at night with my club, and in daylight with my friends. Downhill now, back to the imaginary lamb chops and nut roasts, my legs tired and my lungs well worked, my head clear, my heart happy for the air and the quiet and the moor. 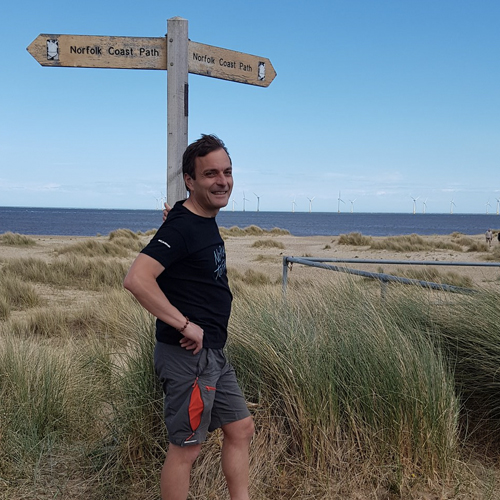 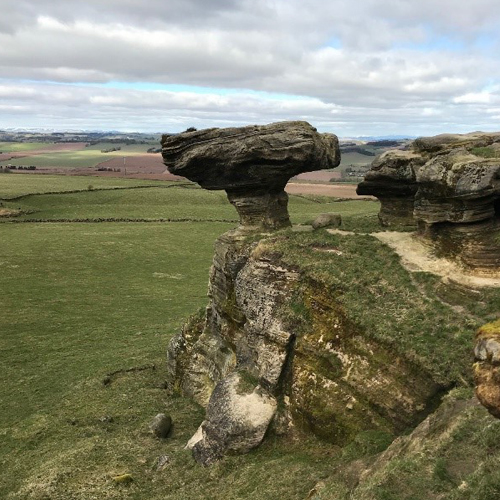 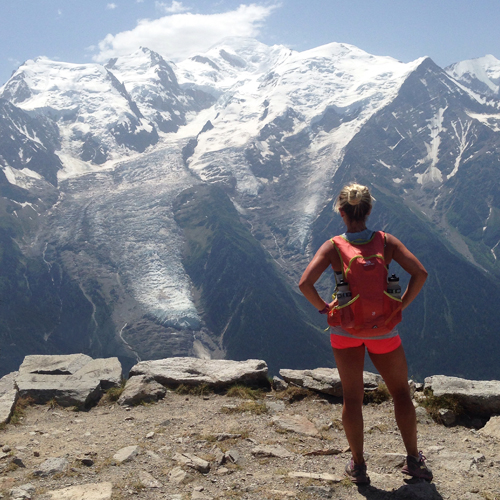