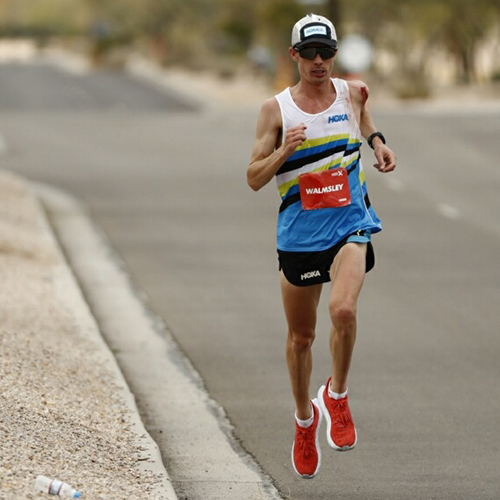 HOKA have raised the bar yet again following their recent release of the new HOKA Carbon X 2; an innovative running shoe which features a carbon fibre plate built into the midsole, an updated and improved version of its predecessor the Carbon X.

This second-generation shoe also welcomed the second instalment of Project Carbon; an event held in the USA, designed to give their sponsored athletes a unique opportunity to try and break the 100K world and US records. At the first Project Carbon event, in May 2019, Hoka athlete Jim Walmsley succeeded in breaking the 50-mile world record in a new time of 4:50:07, but unfortunately missed out on the 100K record in his quest for double honours. 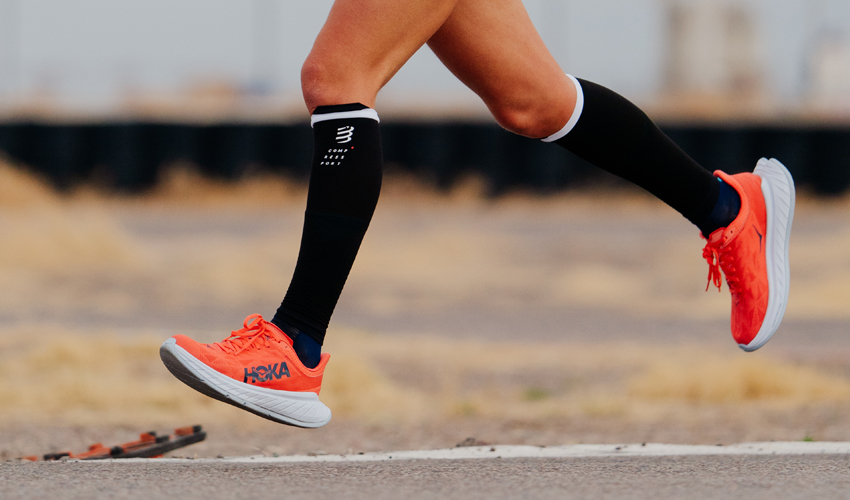 On January 23rd 2021, Walmsley was once again the headline act for Project Carbon X 2 and hotly-tipped to break both the World and US 100K records. Joining him on the start line with shared ambition were Hayden Hawks, Tyler Andrews, Craig Hunt, Cole Watson, Rajpaul Pannu, Fernando Cabada, Kris Brown, Elov Olsson, Joacim Lantz, Johan Lantz, Dion Finocchiaro, and Peter Van Der Son. These men were all chasing 6:09:14, the world best set by Nao Kazami in 2018, and for the US athletes, 6:27:44, the American record set by Max King in 2014.

In the women’s race, Camille Herron was favourite to take the honours, with Courtney Olsen, Audrey Tanguy, Caitríona Jennings, Carla Molinaro and Nicole Monette all hoping to beat 6:33:11, the world best set by Tomoe Abe in 2000, and 7:00:48, the American record set by Ann Trason in 1995.

This group of elite HOKA athletes were racing on a slightly modified version of the original Project Carbon X course, on the Gila River Indian Reservation in Chandler, Arizona. A total of 30 athletes (including pacers) completed nine loops around the man-made lake. Aside from a few COVID related changes to the competition format, the event was just as successful as its predecessor and spectators around the globe were treated to a unique spectacle of ultra-distance running. 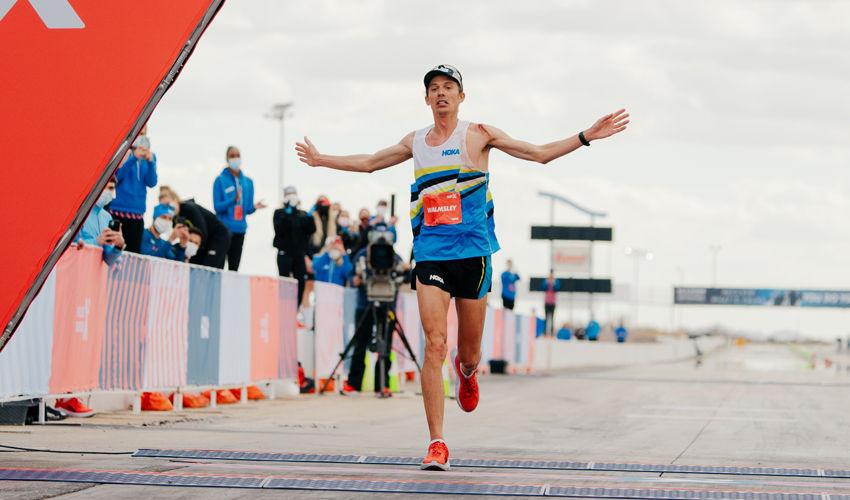 As predicted, Jim Walmsley emerged victorious and had obviously read the pre-race script. He produced the athletic performance of the year so far, running agonisingly close to the WR of 6:09:14, clocking 6:09:26 (5:57min/mi pace) and just 13 seconds short of his goal. He was, however, successful in breaking Max King’s US 100K record and has us all now waiting on tenterhooks to see if there will be a final instalment to complete a Project Carbon trilogy. Walmsley’s fellow compatriots made it an American 1-2-3, as Rajpaul Pannu and Kris Brown filled the podium places, in respective times of 6:28:31 (6:15min/mi pace) and 6:39:14 (6:25min/mi pace). Pannu himself just 48 seconds shy of King’s former national record. 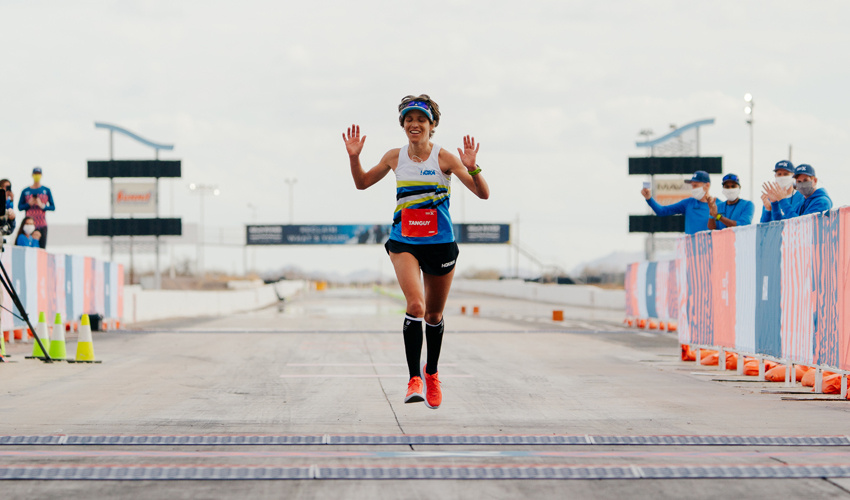 
In the women’s race, it was France’s Audrey Tanguy who took top honours, in 7:40:36 (7:25min/mi pace), although some way short of the world record. Nicole Monette followed close behind in 7:43:18 (7:27min/mi pace), with fellow American, Courtney Olsen in third place, clocking 7:55:11(7:39min/mi pace). Great Britain’s Carla Molinaro finished in 4th place in a very impressive 8:01:22 (7:45min/mi pace). All of the athletes competing in this unique event wore the HOKA Carbon X 2 running shoe.

We caught up with Carla Molinaro to chat about the project and find out more about the new Carbon X 2 shoe.

You can watch a recap of the event here and full results can be found here.

Find out more about off-road running by visiting our trail running hub nd make sure you’ve got all the running kit you need for your next adventure.

The Best Running Head Torches For 2021→ 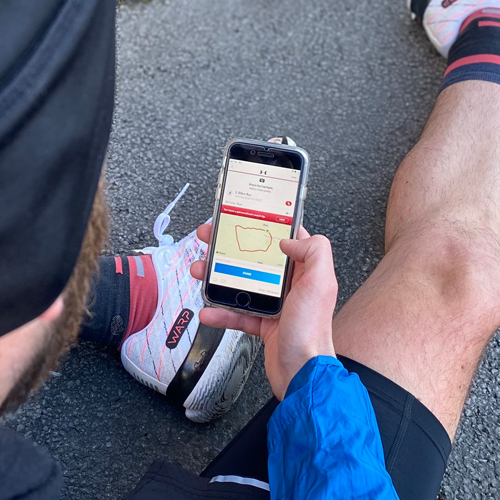 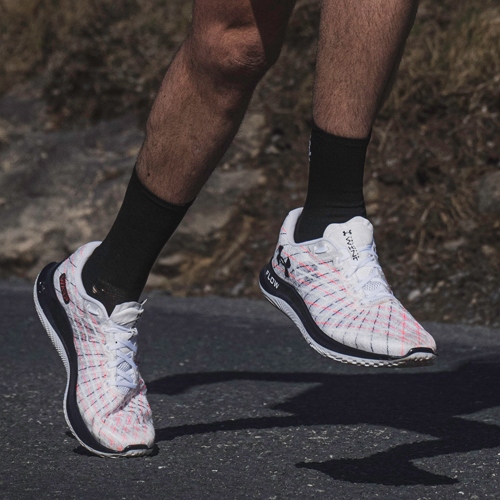 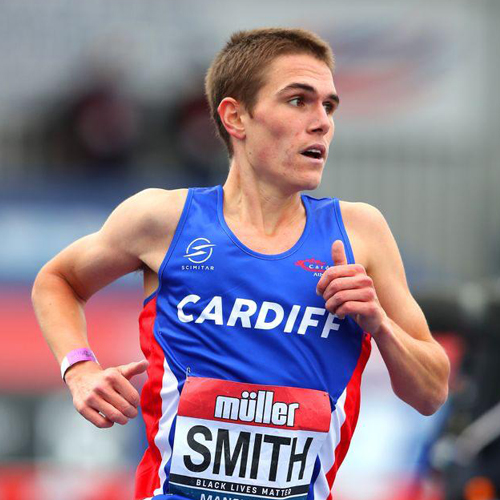