Rise of the FKT 1: The Bob Graham Round | Trail Hub | SportsShoes.com 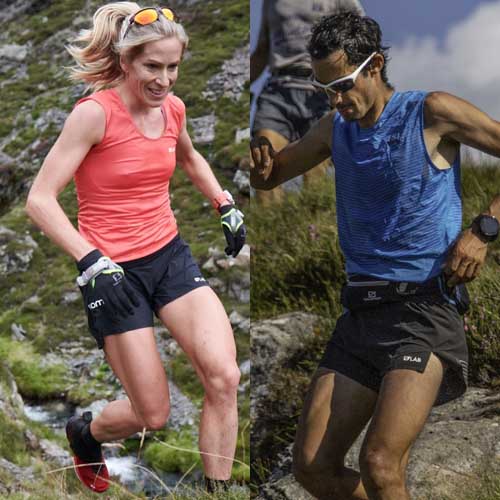 Rise of the FKT 1: The Bob Graham Round

The events of this year have sparked global change affecting almost every aspect of our lives. The world of sport is no exception. With races cruelly cancelled and fixtures sadly postponed, athletes of a competitive nature have had to find other ways to fill the void. 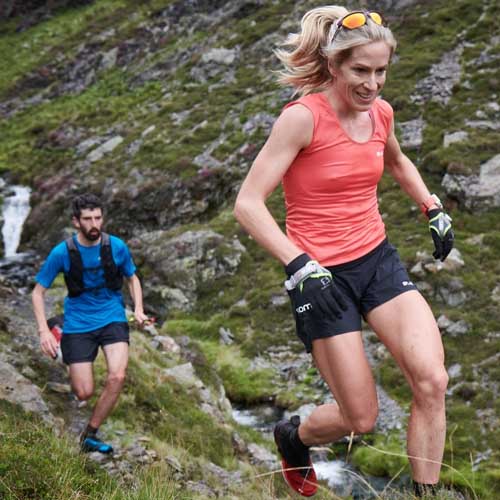 THE BOB GRAHAM ROUND

Although currently trending in the world of Trail Running, FKT attempts are hardly a new concept. The idea of completing a linear or circular route in a time-trial format is something that has been around for a very long time. Arguably the most famous and prestigious of these challenges is the UK’s Bob Graham Round.

Commonly referred to as ‘The BG or BGR’, the sheer mention of it is enough to spark most fell runners into a frenzy. For they will no doubt be able to recall stories from the time they attempted, or completed the round themselves, or when they helped someone else to complete theirs. The BGR is seen as a badge of honour and a mark of true greatness in the world of fell running. Its completion commands the ultimate respect. For many runners it’s the proudest, most defining achievement of their athletic career, or their biggest life-time goal.

WHAT IS THE BOB GRAHAM ROUND?

The rules of the BGR are simple; run up and down 42 of the highest peaks in the Lake District, covering 106km with 8,200m of ascent, whilst aiming to complete the challenge within 24 hours. The course is divided into 5 separate legs and intimate knowledge of the route is absolutely essential.

By the end of 2019, 2384 people of all ages, abilities, genders and nationalities had successfully and officially* completed the challenge, with this number set to rise** significantly in the future.

**Attempts on the BGR during 2020, had been postponed throughout the lockdown period, until Saturday 4th July when travel measures were relaxed.

THE HISTORY OF THE BOB GRAHAM ROUND

The original idea of the 24-hour challenge was born in 1932, by the route’s namesake Bob Graham, a Keswick guest-house owner. It was then extended to 42 peaks in 24 hours, in what has since become the more recognised modern-day version of the original challenge.

The late Alan Heaton ran the first official BGR in 1960, before fell running legend Billy Bland famously set a new benchmark in 1982, in a time of 13:52. His record stood for over 36 years, before Kilian Jornet, arguably the greatest ultra-runner of our generation, became the first man to break the 13 hour mark, recording a new fastest time of 12:52 in 2018.

Beth Pascall is the new female record holder, posting an exceptionally fast time of 14:34, in July 2020. She is now the 4th fastest person of all time on the official BGR club list. To put her achievement in perspective, it broke the previous female record set by Jasmin Paris of 15:24, in 2016, by over 50 minutes. Prior to this, Nicky Spinks held the record, completing the round in 18:06 in 2015. However, Spinks still holds a significant record herself, as the only woman and fastest person ever to complete a 132 mile double BGR in a staggering time of 45:30.

Just to add even more variation into the mix, Kim Collison (W) and Sabrina Verjee (MW), both hold the male and female records for the Winter BGR***, in times of 15:47 and 21:49 respectively. Kim recently broke the Lakeland 24-hour record, summiting 78 peaks in 23:45, beating the previous best of 77, set by Mark Hartell in 1997. Coincidentally, on the very same day, Sabrina became the first ever woman to complete the Wainwrights Challenge, consecutively running all 214 Wainwright fells in 6 days, 17 hours and 51 minutes.

(MW) is a mid-winter round is attempted at any time from the weekend before the shortest day through to the first period of decent weather after the shortest day but to be completed no later than 10 January. 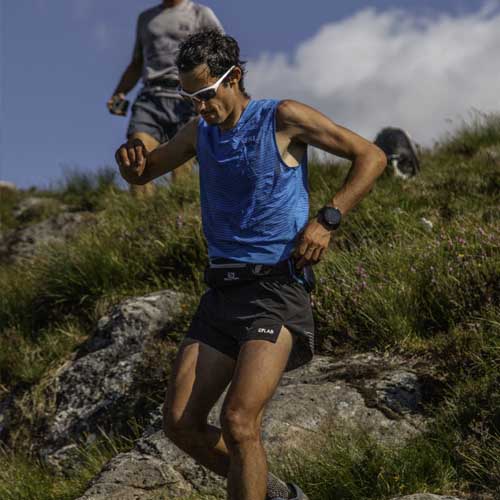 All BGR attempts require some form of support, as they must be witnessed by others in order to verify the achievement. However, the role of a support team extends way beyond this simple task. The BGR successfully breeds an ethos of teamwork and camaraderie, which embodies the very essence and spirit of fell running. Challenges bring together people of all ages and abilities, from different backgrounds and different clubs; with one common goal, to help an individual master the course and beat the clock.

There is a simple notion that you must first help others, before making an attempt yourself. And by doing so, you will not only gain necessary experience and knowledge of the route, but most importantly, you’ll earn the respect of your peers. It’s an unwritten rule, but one that binds the fell running community together. Anyone wishing to attempt the challenge should first earn the privilege.

HOW HAS THE BGR CHANGED OVER THE YEARS?

The format of the BGR hasn’t changed at all, but the publicity and attention surrounding it certainly has. For years it was nothing more than a fell running secret, but social media, the internet and mainstream publications, have all played a significant part in helping to raise its profile. Feet in the Clouds, a book about fell running by Richard Asquith, first brought the challenge to light. Then followed several high-profile attempts to break the record, including the Nicky Spinks Double-BGR, a challenge which was showcased in the documentary, Run Forever. But arguably the biggest catalyst in capturing public attention was Jornet’s record breaking attempt in 2018. Since then, the BGR has soared in both recognition and popularity on a global scale.

You may be reading this and feeling somewhat inspired. Perhaps you even have your own intentions of attempting a BGR.

Firstly, our best advice would be to join a running club, preferably one which has a dedicated trail or fell running section. There are also plenty of online running forums where members can give you lots of advice and support. In addition to this, the official Bob Graham Club website will provide you with all the information you will need about the challenge and its requirements.

As the BGR requires intimate knowledge of the route, you will need to practice running all sections of the course in advance and be adequately prepared. This will involve some serious training and plenty of logistical planning, including a detailed running schedule and a team of experienced runners, plus roadside support. Map reading skills are absolutely essential, as it is not safe to solely rely on a GPS device for navigation.

Most importantly, you will also need to wear and carry the correct running kit that is necessary for undertaking such a huge challenge. Our website and trail running hub provide detailed product information, including specific kit recommendations and expert reviews.

What Is An FKT & How Can You Get Started?→ 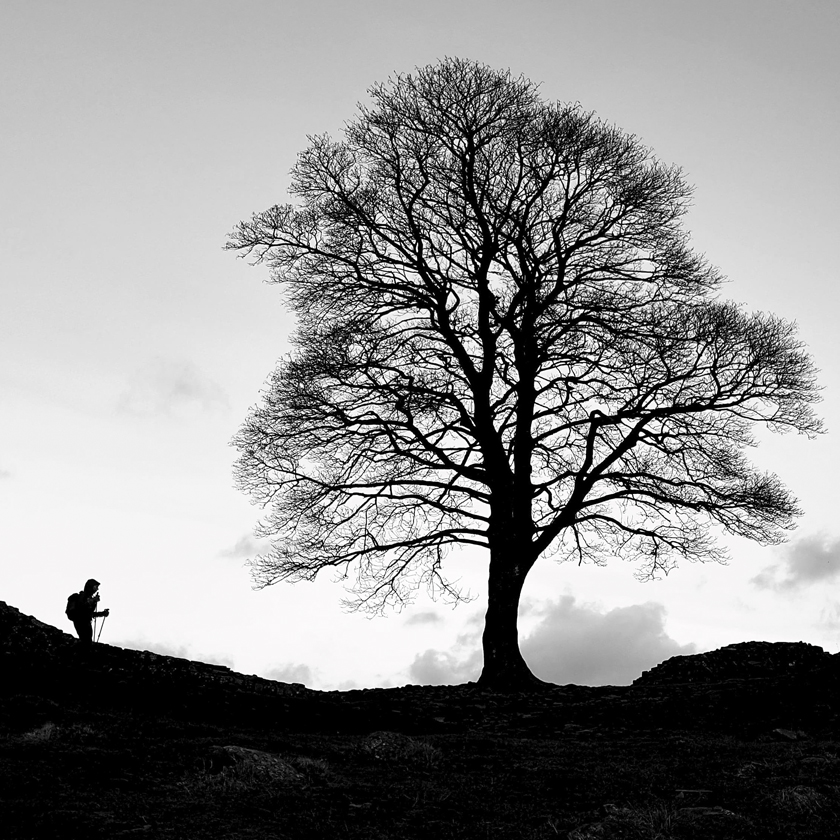 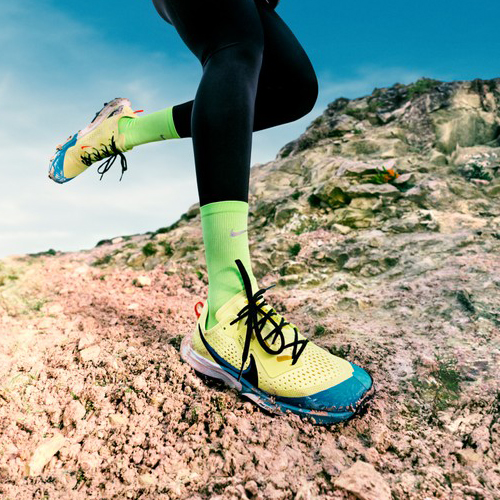 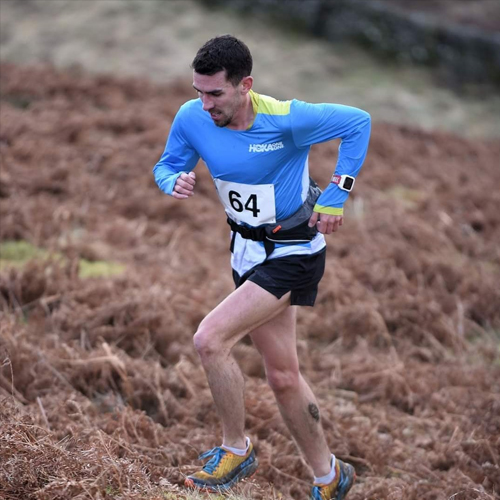